Klarna appears as a payment method during checkout, if it is enabled in the configuration. When data sharing is used, Klarna can instantly prequalify the customer and present the available solutions. 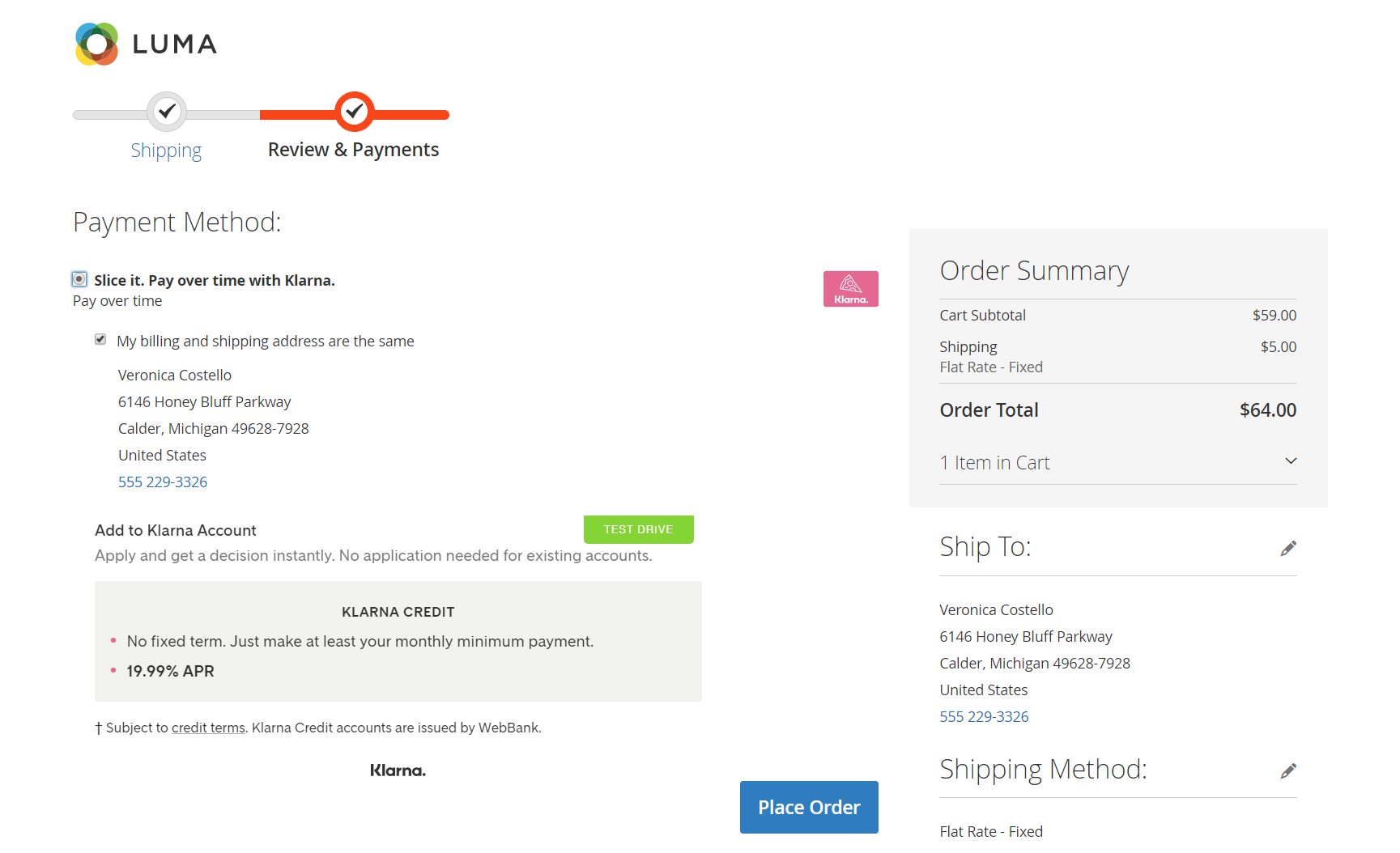 Storefront - Pay over time with Klarna

The payment solution presented to the customer might be one of the following: