The individuals who are associated with a company are represented in the Customers grid by the customer type, Company User, and are typically buyers with varying levels of permission to access store services and resources. 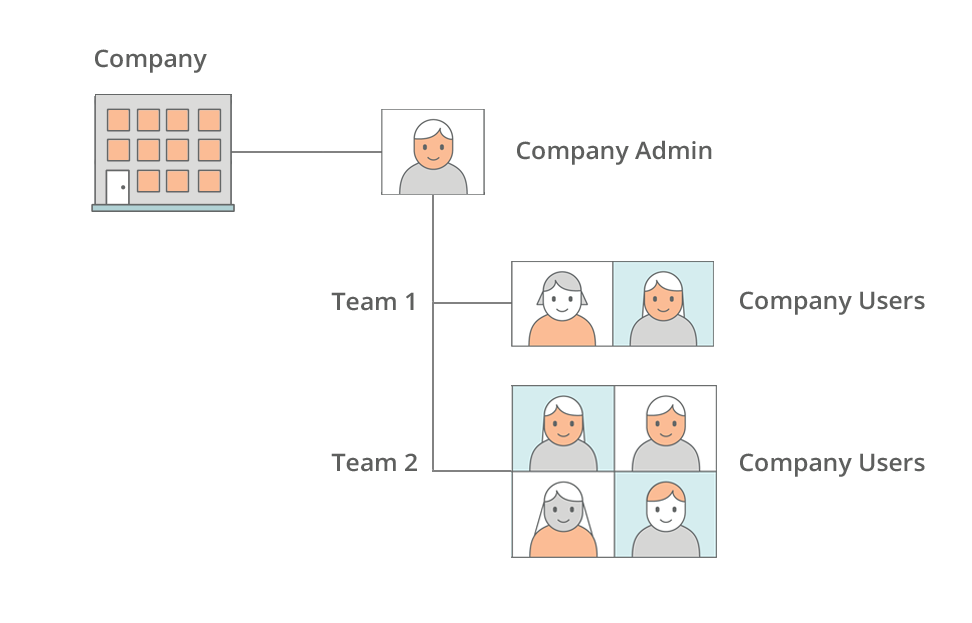 Company Structure with Teams of Users

Company users can be added, edited, or removed only by the company administrator. Removal cannot be reversed because the user is removed from the company structure.

To save time during their first order, the company administrator can remind each company user to add the default company billing and shipping address to their address book. 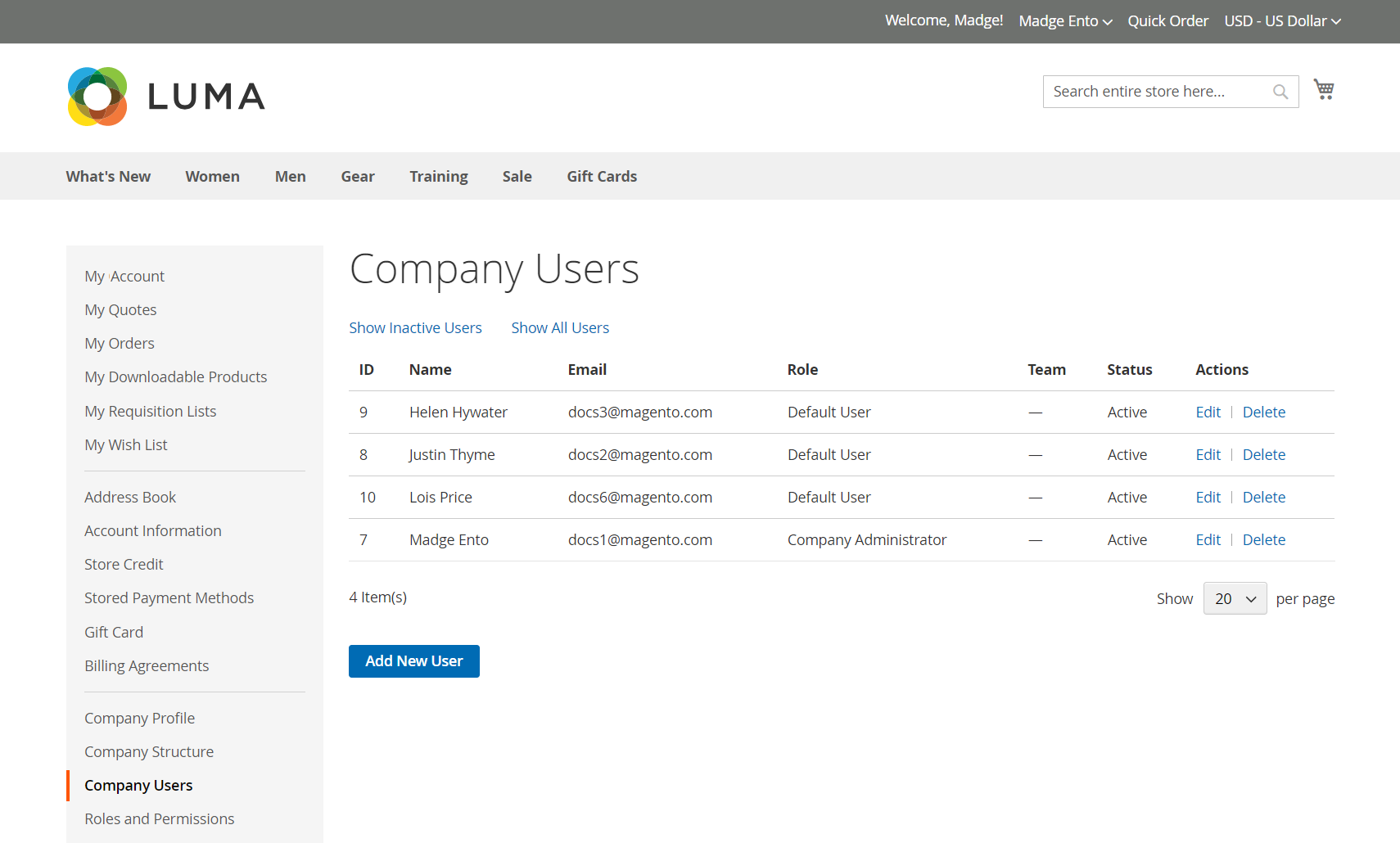 In the Admin, the company user continues to be listed in the Customers grid, but with an Inactive status.